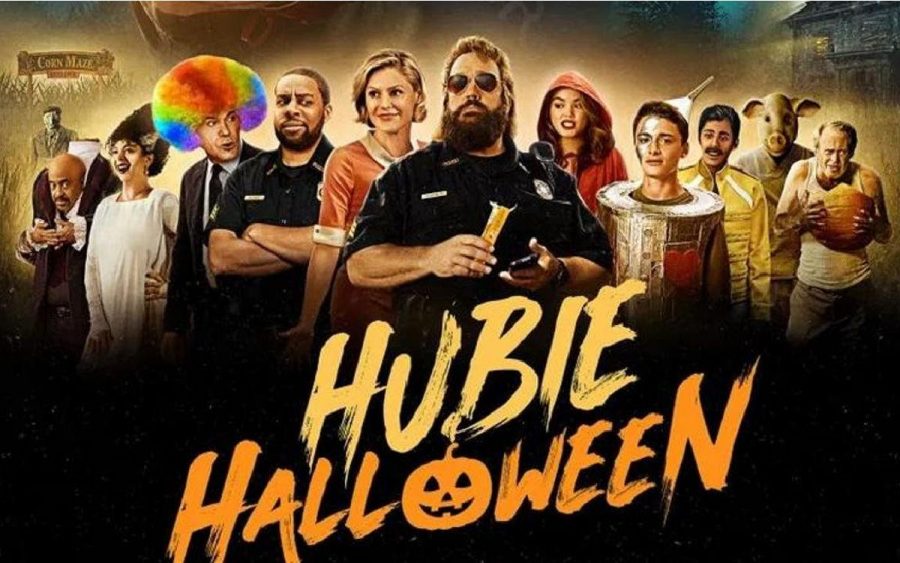 Netflix released their original filmOctober 7th, 2020. I watched the film and had a little movie night, and by the end of this review you will know too, if it is movie night worthy. Here are my personal thoughts on Hubie Halloween: 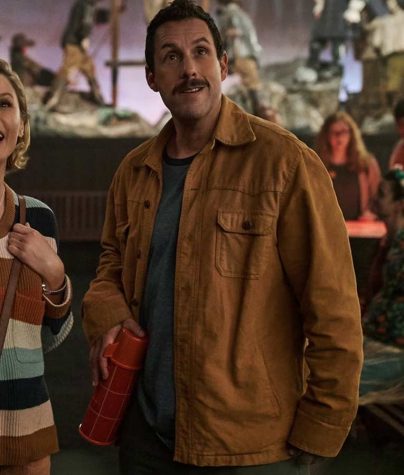 Before we dive in, let us just establish that this movie, is an interesting one to say the least. To start off, we have the main character, Hubie Dubois, who is played by Adam Sandler. Hubie works as a delicatessen employee in Salem, Massachusetts. He lives with his mom and his only hobby is going around town and reporting “suspicious activities” to the local police department.

Hubie never leaves without his handy thermos. You might be thinking why a thermos? Well the thermos carries his soup, but also acts as a vacuum, flashlight, drill, shovel, telescope, an umbrella, and much more. 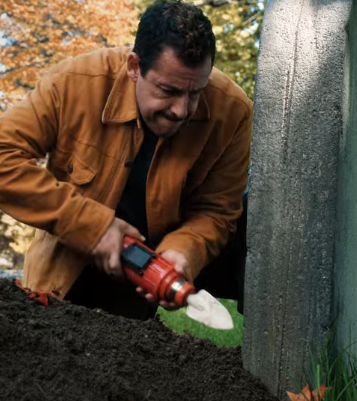 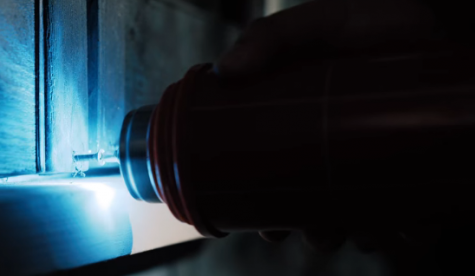 Moving on, we have Noah Schnapp who plays Tommy Valentine. Tommy is a freshman, and he is one of the few characters that treat Hubie with respect. Tommy also falls for the barista at the town’s coffee shop who happens to be a Senior at his high school. However, all the rest of the seniors make fun of Tommy and mess with him, especially in front of Megan, the barista.

Next, we have Paris Berelc, who plays Megan, the barista mentioned earlier. She’s the senior who’s also catching feelings for Tommy, mainly because she’s also one of the few who treats Hubie with respect, and that’s a trait she likes about Tommy, since none of the local teenage boys treat others with respect.

Last, we have, Mike Mundi, who is played by Karan Brar. Mike is one of the Seniors who messes with Tommy, and pulls pranks on Hubie, especially when they work together (Mike works as a delicatessen with Hubie). Mike will soon learn in the movie, never to pull a prank on Hubie again.

Now you know if you want to add Hubie Halloween to your movie night list, or not. As always, be safe and spread positivity!