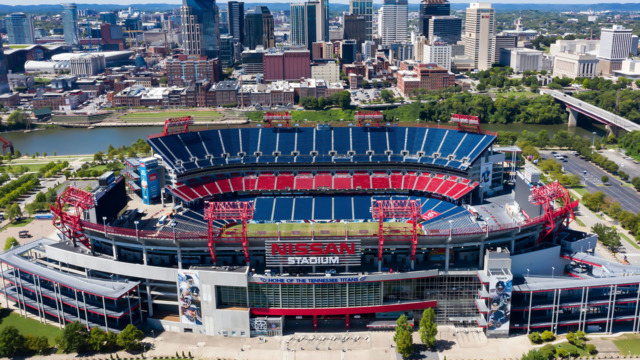 Nissan Stadium, TN, Will be empty on Sunday. The Titans were scheduled to host the Pittsburg Steelers. We already knew the stands would be empty. Coronavirus concerns already prevented that. What makes this game stand out, even in 2020, is the fact that is no longer happening on Sunday.

Today 5 players and 6 Personnel on the Titans were confirmed to have Coronavirus. Concern for the disease spreading further lead the NFL to postpone the game until further notice. This is the first time for a game to be received since the 9/11 terrorist attacks.

As of right now, the NFL fully intends for this game to take place, just not as originally scheduled. This, however, will not be easy.

The most glaring solution would be to have these teams play on the next Thursday or Monday they can. The problem with this idea is that forcing both teams to play twice in one week would be very harmful to the players.

Another idea would be to postpone this game until the end of the season. Then these teams play a “Week 18.” This will most likely not happen, as waiting until after the season would have normally ended would cause a delay in the playoffs, and therefore the Super Bowl. The NFL would never willingly delay the Super Bowl.

The only solution that does not risk major fatigue, or the delay of the playoffs, would be to reshuffle some games. And that is a headache in of itself.

As for what is to come, time can only tell.

UPDATE: Two more Titans players have been diagnosed with Coronavirus. Their matchup against the Bills on the 11th could also be in jeopardy of postponement.