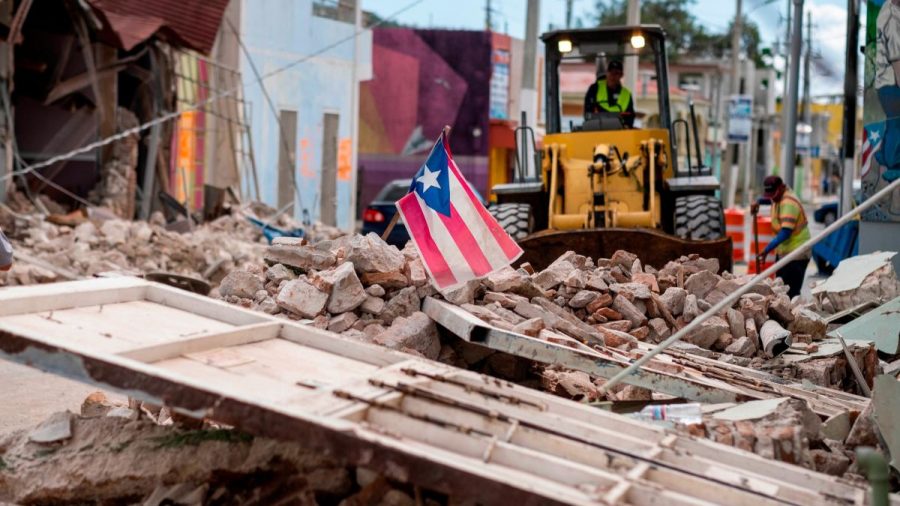 Puerto Rico has been having some bad luck in the past few years. In 2017, one of the most powerful hurricanes recorded rocked the island, completely destroying parts of the island and leaving others badly damaged. The island has been experiencing a debt crisis since 2014 and in 2019, the governor was forced to resign after it was revealed that he had been making incredibly inappropriate statements about several groups of people.

We were hoping that in 2020, Puerto Rico  would have some better luck, but so far, they haven’t.

Puerto Rico is currently being plagued by earthquakes, and there have probably been more than you would think. The news will likely tell you a smaller number. While there have been only a few earthquakes with a magnitude 5.o or higher, which is still a huge amount, there have been 950 earthquakes and aftershocks since December 31st.

Now I’m sure you’re wondering why this is happening. Puerto Rico is located in the Caribbean Sea on the converging Caribbean and Atlantic plates. If geology isn’t your thing, here’s a guide: tectonic plates are pieces of the lithosphere (crust) that are divided up an constantly moving. A convergent plate boundary is when two tectonic plates are moving toward each other.  In this case, the North American plate subducting, or sliding, beneath the Caribbean plate. The island is inbetween the two plates, which is ultimately leading to all of these earthquakes. 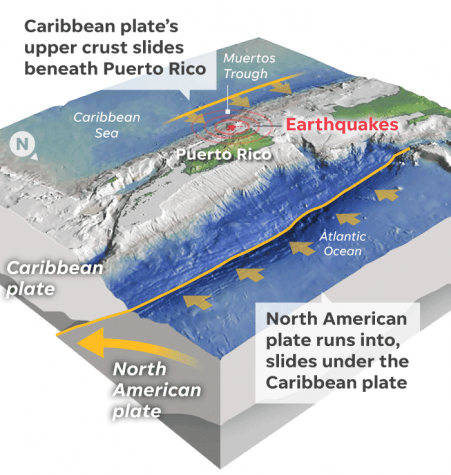 While many of these earthquakes couldn’t be felt, 500 of them were above a magnitude 2.0. According to USA Today, “more than 2,000 people [are] in shelters, nearly 1 million without power, and hundreds of thousands without water.”

Experts and geologists aren’t sure on the exact reason that the island is being hit with several large earthquakes, although various theories have been discussed. There hasn’t been any large activity in the past week or so, but that doesn’t mean it is all over. Puerto Rico has a weak infrastructure due to the destruction from Hurricane María in 2017 and the lack of the U.S. government to provide a response to the island’s needs. Puerto Rico is a commonwealth of the United States and is entitled to the same protections given to all 50 states. However, this has not been followed very closely by the current administration.

The island is surely struggling, so it needs all the help it can get. Here are some links to help provide aid to the island:

Thank You for all of your help!