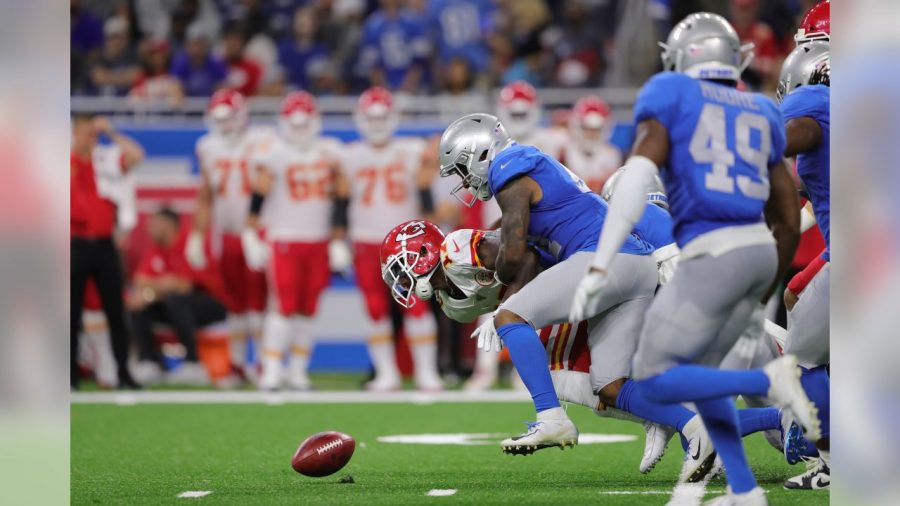 After coming off 2 huge wins in back to back weeks against the Los Angeles Chargers and the Philadelphia Eagles, the Detroit Lions came back to Ford Field this past Sunday with full momentum, and the possibility of an upset against the Kansas City Chiefs being talked about around the NFL. The 2019 Detroit Lions began to play like an elite team the first 3 weeks. Nobody expected the Lions to play the way they started out, with ESPN sports writer Seth Walder predicting that the Lions would start the season 0-10, and head coach Matt Patricia fired immediately after. As well as NFL analyst Adam Rank predicting a total 4-12 record. Coming into week 4 with a 2-0-1 record, the undefeated Detroit Lions would come home to battle the undefeated 3-0 Kansas City Chiefs. This game would be the ultimate test for the Lions. Is this team a playoff contender or pretender? How would they compete against one of the best teams in the NFL?

From start to finish, the game was a dogfight. There were multiple lead changes throughout the entire game, but in the end the Chiefs ultimately came on top and left Ford Field with a win, 34-30, after tailback Darrel Williams scored the go-ahead touchdown with just 20 seconds left. There were multiple turnovers from each team, including a fumble from Lions running back Kerryon Johnson at the Kansas City 1 yard line, which was recovered by Chiefs cornerback Bashaud Breeland and ran back  for a 100 yard touchdown. The biggest shocker of the game came from Chiefs quarterback, and reigning NFL MVP, Patrick Mahomes. With how explosive his offense has been earlier in the season as well as all of last season, people expected him to burst any second and return to his unstoppable ways… but that never ended up happening.

The Detroit Lions put up a great fight against the Chiefs, which was Kansas City’s first challenge all season long. The Lions defense kept Mahomes to 0 touchdown passes for the first time since week 5 of the previous season. The Lions defense also caused multiple fumbles to help set their offense up for multiple scores. Even with tons of key injures to the Lions team, such as all pro cornerback Darius Slay, safety Quandre Diggs, tight end TJ Hockenson and wide receiver Danny Amendola, the Lions stayed toe-to-toe with one of the best teams in the NFL for the entire game up until the final seconds. The potential that this football team shows is amazing, and proves that they can play against anyone in the league and have the potential to win. With a more comfortable Matt Patricia, who entered his second season as head coach, and tons of talent on each side of the ball after a great offseason, the Lions have the potential to become a playoff team when the regular season is over.

The Lions bye week came at a perfect time, as they have tons of injures on each side of the ball that need to be taken care of. They play again on Monday Night Football versus the Green Bay Packers at Lambeau Field on October 14th at 8:15 PM. The winner of this game will take first place in the NFC North.