The Dakota Planet • May 23, 2019 • https://thedakotaplanet.com/5387/clubs-activities/dakota-high-schools-first-e-sports-team/ 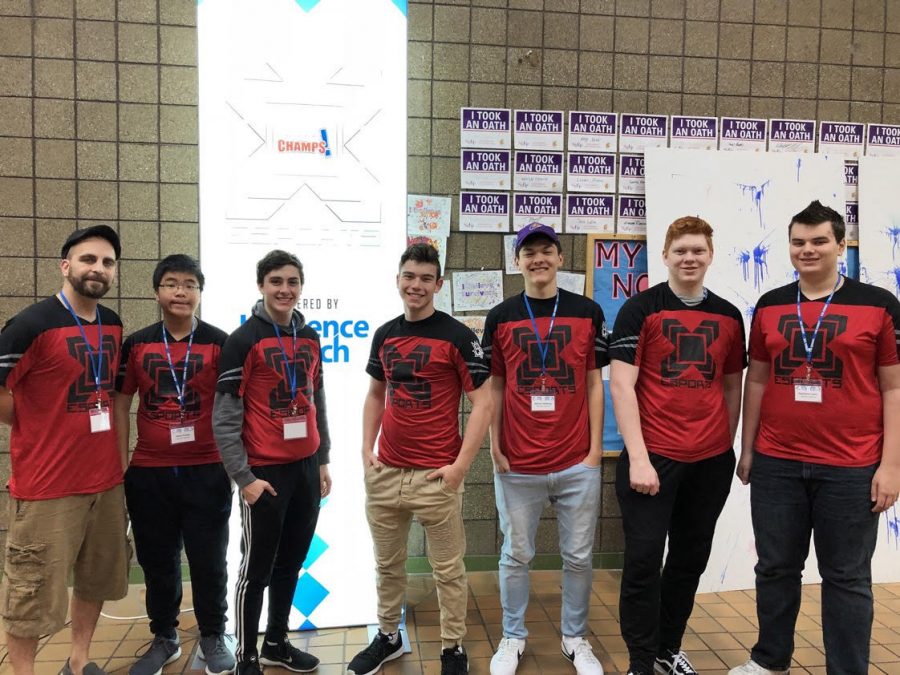 Dakota High School took a big leap and finally entered the vast world of E-Sports. Led by English teacher Vincenzo Bilof, Dakota played their first season as a League of Legends team. Thanks to the opportunity of State Champs E-Sports and Lawrence Tech, Dakota was able to enter their first high school E-Sports season. State Champ E-Sports and Lawrence Tech teamed up to create a high school League of Legends season that consists of 64 high school teams all around the United States that compete online every week, at the end of the season, the 16 best teams get brought up to Lawrence Tech to play on the main stage against the best teams in the league. This year was the very first time Dakota participated in the program, and the main team even made it all the way to Lawrence Tech to compete on the main stage. They unfortunately lost the first match and were knocked out of the tournament, but it was a great leap forward for the program that is hoping to grow to something as mainstream as traditional sports. Today, I sat down with one of players who participated in the league and played for Dakota. Nate Lyons is the support player for the main team, and I asked him a few questions about his experience and hopes for the future.

Q: How does it feel to be apart of Dakota’s very first E-Sports team?

Nate: “It is great to be the first and happy that we paved the way for other games to be added in the future.”

Q: What is it like being in a high school E-Sports team?

Nate: “It was loads of fun, but the biggest conflict was scheduling. Taking into consideration everyone school schedule and clubs, it was hard to practice and schedule matches but we practice when we could and it payed off.”

Q: How did it feel to be able to travel to Lawrence Tech and compete for Dakota?

Nate: “It feels great to be able to compete for the school and able to meet other high school players who enjoyed the game just as much as we did. We were able to practice remotely against many teams and learned many things. It really fun to able to compete in such a competitive environment.”

Q: Will you continue to play every year you get the chance?

Q: Anything you would liked to be improved or added to the club in the future?

Dakota doesn’t seem to be stopping either, next year they plan to add more games to the program such as Blizzard Gaming’s “Overwatch” and Valve’s “CS:GO.” With a school as big as Dakota, it is great that more opportunities are arising for students. This is a giant leap for Dakota and high school E-Sports. Hopefully one day high school E-Sports can be recognized and enjoyed just as much as traditional sports.